By Michael Sasso and Raeedah Wahid

As the cost of a used car has soared, mechanics are finding themselves inundated with ailing high-mileage vehicles, overhauling engines on autos once bound for the junkyard and having delicate conversations with desperate customers.

The dramatic climb in new- and used-car prices has changed the calculus of when to repair and when to replace. It’s put mechanics in an uneasy position as financial advisers, often offering the final word on whether a clunker is worth fixing. Americans who before the pandemic would buy another car rather than pay a few thousand dollars for a repair are now having to shell out $5,000 or more.

In Athens-Clarke County, where the University of Georgia’s affluent student body belies the 25% poverty rate, garage owner Kevin Thain says his crew is working customers through end-of-service-life decisions on a weekly basis. It isn’t unusual lately to see fixes running over $10,000. “We’ll look at the vehicle, and if it’s got smoke coming from under the hood, or making a whappity-whappity-whap sound, they’ll ask me, ‘Is this car worth fixing or not?’ ” he says. “You hate to be like the doctor calling the family into the consultation room, but sometimes we are that.”The high cost of vehicles and gasoline is rippling through the U.S. workforce, eating away at the gains from a tight labor market. Used-car inflation amounted to 37% in the year ended December 2021, while new car prices jumped 12%, according to data from the Bureau of Labor Statistics.

The average list price of a used vehicle in December exceeded $28,000 for the first time, according to Cox Automotive, whose Kelley Blue Book is a go-to guide for people buying or selling used vehicles. While some data suggest the peak is past, Cox chief economist Jonathan Smoke says prices wont be dropping sharply. Wholesale used-vehicle values should fall only 3% by yearend, he wrote last month.

The surge is changing kitchen-table economics, particularly for low-income households. A nonprofit that assists Athens’s poor, the Ark, reports that clients are increasingly favoring jobs with a shorter commute or within walking distance. A thousand miles west in Lincoln, Neb., factories a half-hour outside of town can’t find enough workers willing to make the drive, so a local franchise of staffing agency Express Employment Professionals is looking into starting a pickup and drop-off service. But millions of American households still are desperate to keep vehicles running for commuting to work, fetching groceries, or taking kids to school. In a country with vast rural expanses and spotty public transportation, a reliable car is essential. Vehicles for change, a Maryland-based charity that equips the poor with cars, estimates that having access to a vehicle bumps up its clients’ pay as much as $8,000 a year.

Dixon Collins, 58, operates a small garage in Athens set among buy-here-pay-here car lots and a waste-hauler’s yard. Goats bleat in a pen behind his metal shop. He points to a black Chevy Tahoe in his lot that had $5,000 of work done on it, despite having clocked 300,000 miles. His customers are using credit cards and loans from families to pay for repair bills, he says. “What people would not even think about spending on a car before, they’re spending on it now.”

Nationwide, the average cost of a repair performed at a franchised car dealership is up 10% for the year ended December and up 20% from two years ago, according to dealer software provider Xtime Inc., a unit of Cox Automotive. (The big jump also reflects rising costs for labor and parts.)

People used to balk at a repair if the price hit $1,500 and instead would buy a replacement vehicle, says Ross Colket of Colket Automotive Technical Services in suburban Philadelphia. Customers’ tipping point now is closer to $2,500, he says. 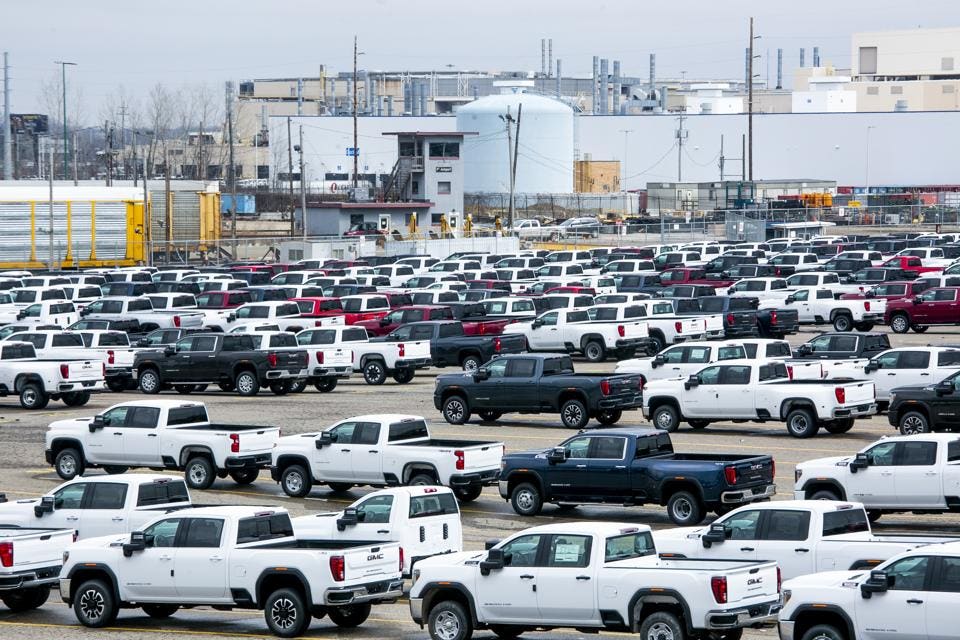 Colket approaches customers cautiously when breaking the news that a repair will run into the thousands: He describes each needed fix methodically. “You ease into it,” he says. “You give them the description of what’s going on with the car, and I save the price of it for the tail end of it.” He’s been putting people on repair schedules, too, so they can spread the work over time.In suburban Seattle, garage owner Bryan Kelley’s relatively affluent customers used to consider buying a new car when a repair’s cost hit $3,500. “I don’t know where that number is right now,” says Kelley, owner of Valley Automotive Repair & Electric. “I’m seeing $4,000 and $5,000 repairs more often than I ever remember.”

Higher prices for goods and services of all kinds are weighing on the unemployed and poor. Nationwide the average cost of a gallon of gas is up 40% from a year ago, to $3.41, according to the American Automobile Association. Some 72 million adults reported that paying their usual household expenses was “somewhat” or “very” difficult in the U.S. Census Bureau’s most recent Household Pulse Survey, ended on Jan. 10. That’s about 12 million people more than in a similar survey through mid-August.

In Georgia, Chayney Shear fires up her 2010 Ford Fusion four nights a week to make the 60-mile round trip from Atlanta’s Suwanee suburb to a retail distribution center in Jefferson. It has no power steering and more than 200,000 miles on it, and the 22-year-old single mother of four worries what would happen if it broke down. “The prices for used cars, they’re horrible,” she says. “They’re charging what they truly aren’t worth.”

Amber Coleman of Lawrenceville, Ga., is reluctantly shopping for a used car, sifting through unattractive possibilities like a five-year-old Honda Pilot with a bit under 100,000 miles on it. A local dealership wanted almost $30,000 for that one, which was out of the question. She reached her tipping point when the Kia service center inspecting her 2016 Sorento called to tell her the vehicle needed a new engine. “I immediately went into panic mode,” Coleman, 44, recalls. “I said, ‘I don’t have $9,000 to give anybody.’ ”

By Michael Sasso and Raeedah Wahid As the cost of a used car has soared, mechanics are finding themselves inundated with ailing high-mileage vehicles, overhauling engines on autos once bound for the junkyard and having delicate conversations with desperate customers. The dramatic climb in new- and used-car prices has changed the calculus of when to repair…

To schedule an appointment with your friendly neighborhood experts at Car Repair Services, give us a call at 954-236-5500 or fill out the form below with your information and requested services. One of our team members will get back to you as soon as possible to confirm your appointment.